To begin the process of creating a new group, click the "Create Security Group" button, which opens dialog. Enter a unique and meaningful name and optionally a description, then click "Create Security Group". The new group containing default rules is created and appears in the security group list. It is likely that you will want to immediately manage the group's rules to give i some functionality.

To discuss adding a rule to a security group we will consider the example of a Linux instance, which needs to open port 22 to allow users to SSH in to the instance. To add such a rule to a group, click the "Add Rule" button to bring up the Add Rule dialog. The "Rule" drop-down provides a list of common types of rules and also allows you to create various flavors of custom rules. To allow SSH traffic to the instance, select the "SSH" entry. This will cause some irrelevant entry boxes in the dialog to be hidden. After setting appropriate values for the remaining entry boxes, click "Add" to add the rule to the security group.

The "Remote" drop-down allows you to choose whether the rule will allow traffic from a set of IP addresses specified by a "Classless Inter-Domain Routing" (CIDR) value, or from any instance that belongs to a specific security group. If you choose CIDR, you will need to provide a valid CIDR specification and if you choose Security Group you will need to choose one of the project's groups. 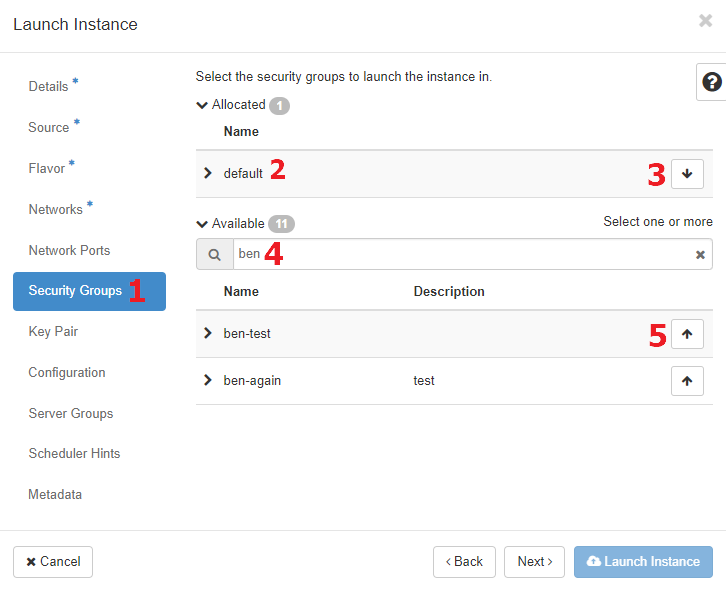 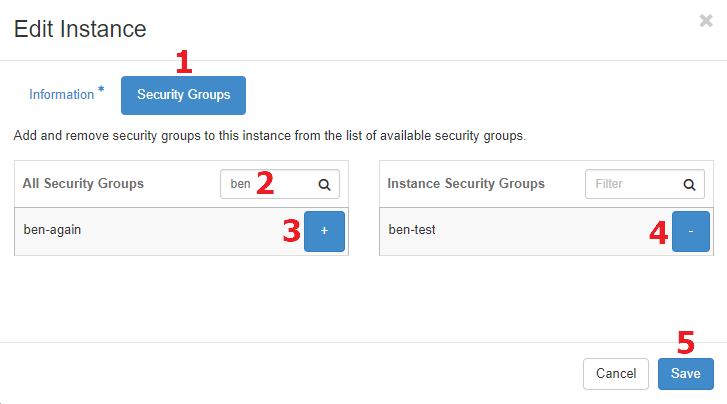